Today, let's settle the debate of gender-specificity in contracts once and for all. Ready?

Contract provisions often refer to one or more persons who can be male or female, now or in the future. Think of a "shareholder" who could be a man, a woman or a person not identifying with any gender.

Yet we shouldn't. Because:

How? Well there's a magic word you should use: "their".

Let's see in practice how to turn gender-specific clauses into their gender-neutral equivalents.

1/ Get to gender neutrality with "their"

"Their" is THE gender-neutral personal pronoun. It accepts both singular and plural use. And its usage has become increasingly accepted and promoted.

As of 2017 the Associated Press Stylebook deems they/them/their as acceptable as a singular and-or gender-neutral pronoun, when alternative wording is overly awkward or clumsy. Many news outlets like The Washington Post and The Economist recommend its usage.

Note that you may need to twist the original language to accommodate for a possessive pronoun. That's fine. 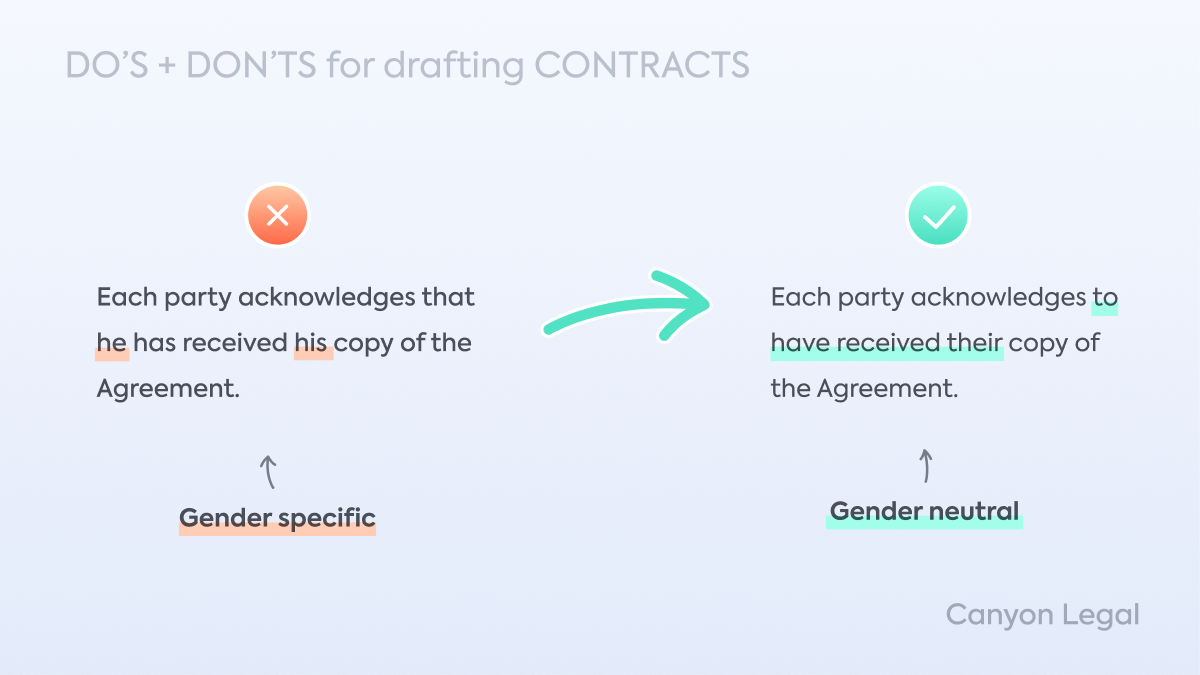 Repeating the noun may get you to gender-neutral language but it doesn't feel natural. Use "their" instead. 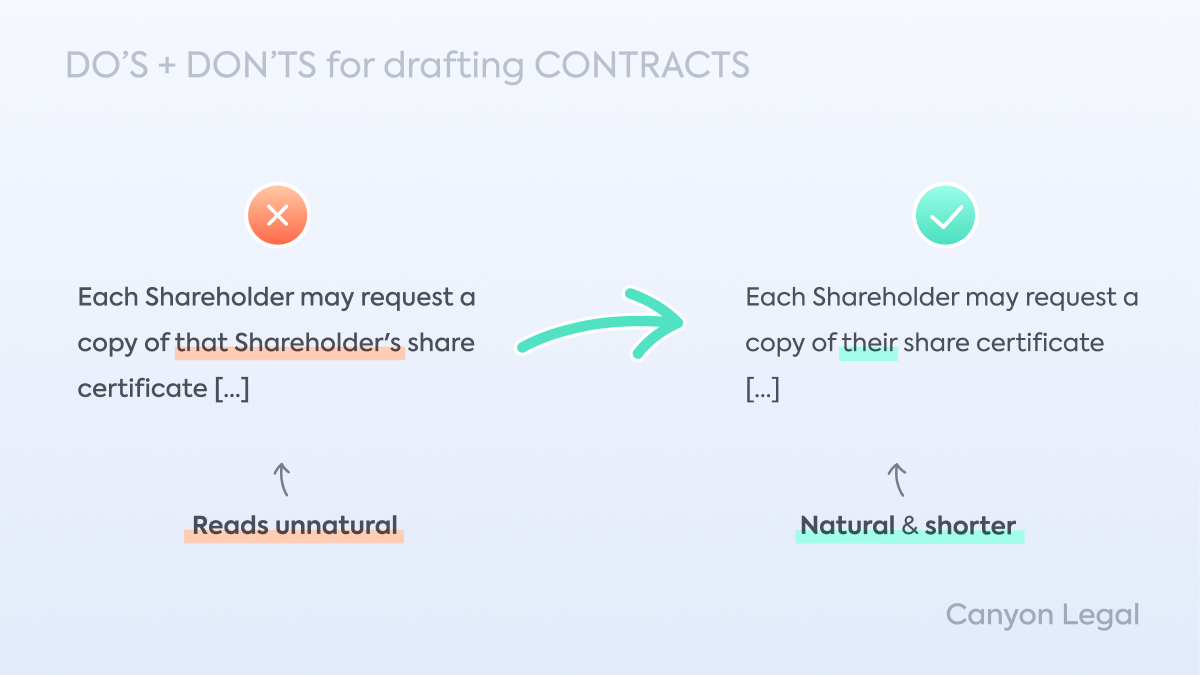 Gender-neutral pronouns are fairly new in usage, yet they're very effective.

By all means, avoid "he/she" and "his/her" constructions as they break the flow of reading and are hard to maintain. 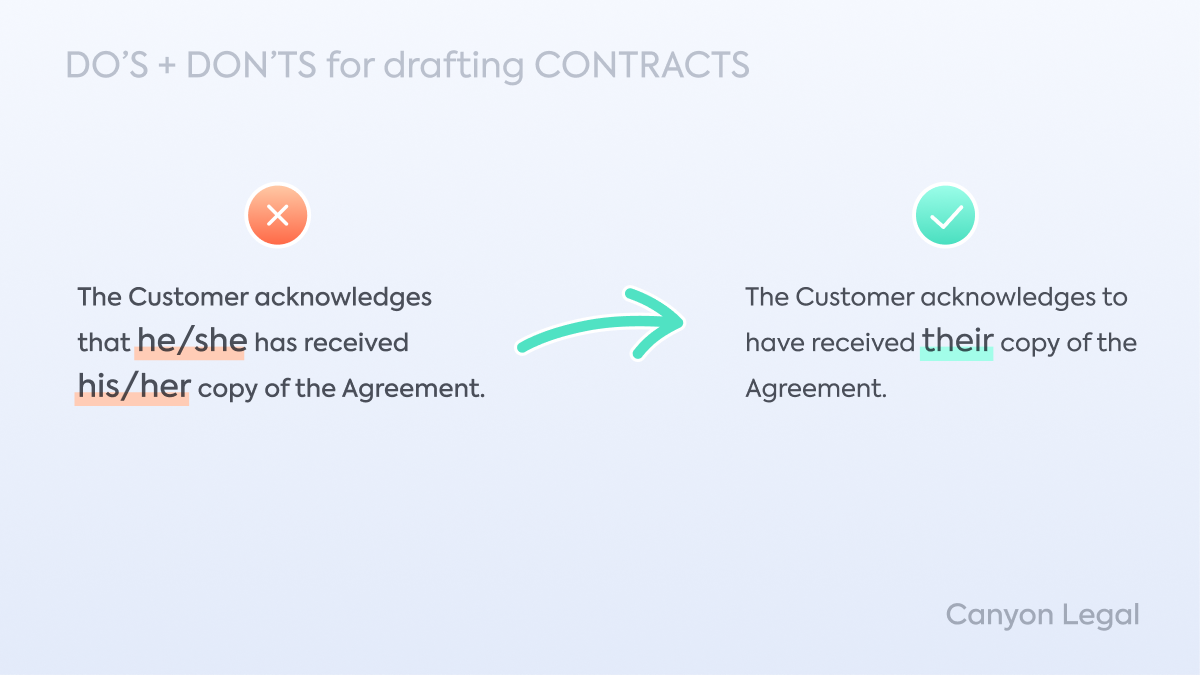 When writing about things or entities, you may use the singular pronoun "it" like in "the Company states that it is validly incorporated under German law".

3/ Use nouns when pronouns create confusion

The overuse of pronouns can create confusion in the reader's mind. To whom does this pronoun or possessive refer to? 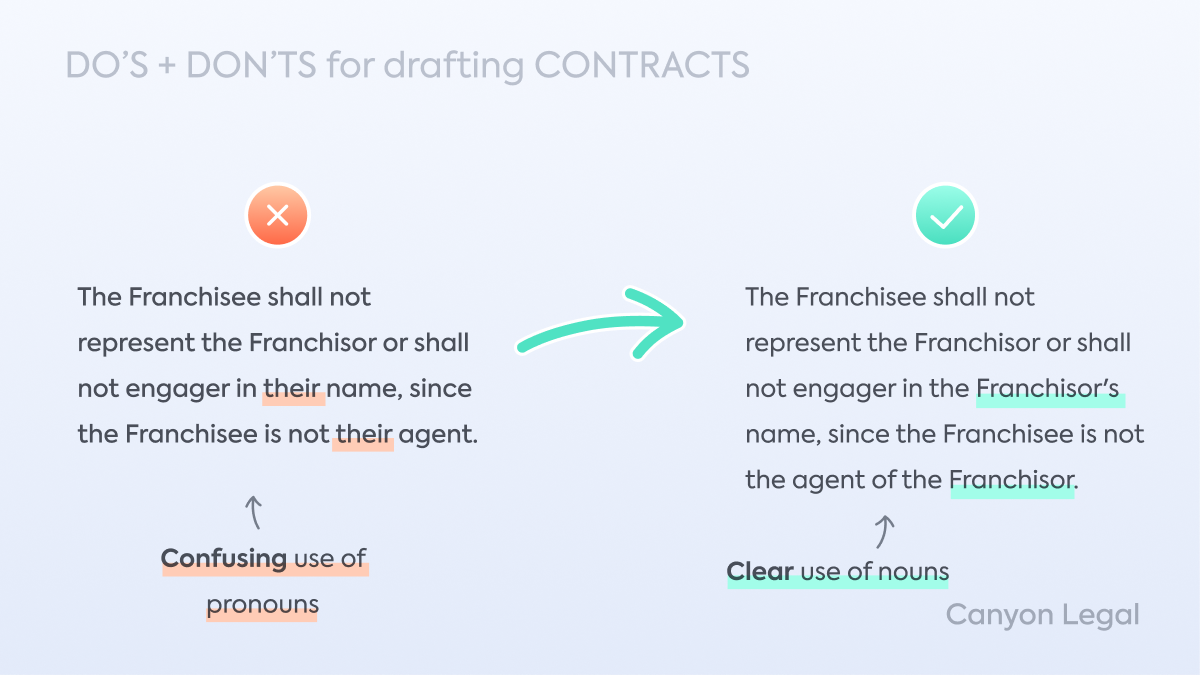 Clarity should always be top priority. Refrain from using "their" if it leaves the reader guessing who's who.

Consumers — that is B2C customers — don't negotiate contracts. They take it or leave it.

This doesn't prevent you from writing short, scalable and sensible agreements. To comply with local consumer protection laws, you most likely have to anyway.

Foster an inclusive relationship between your company and its consumers by speaking directly. Use second-party pronouns "we" and "you" in B2C agreements. 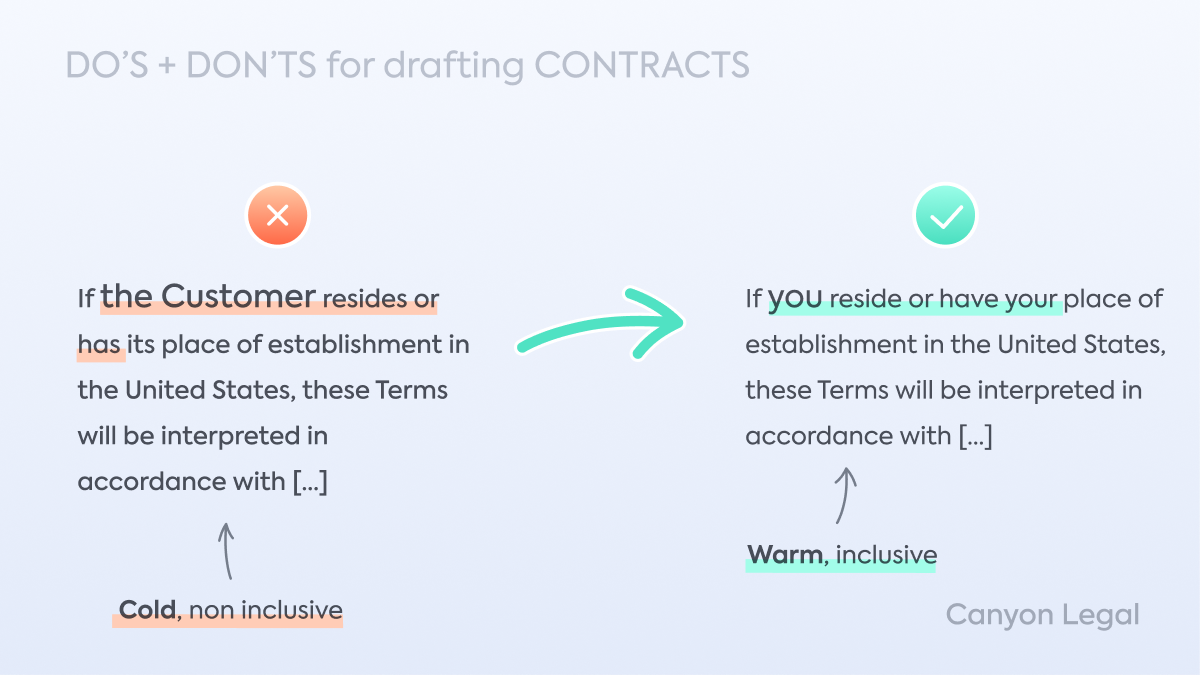 No problem of gender-specificity here since "you" and "your" are gender neutral by nature.

That's all for today. I hope you found this piece on gender neutrality useful.

If you enjoyed this one, join the hundreds of professionals who already subscribed to our newsletter. At Canyon, we are on a mission to make contracts better and faster, and that’s why we share bite-sized contract drafting tips every other week.

Oh, and one last thing, if you like what you read, go ahead and follow me on LinkedIn.

Over and out — Adrien